Well, we had Kyle’s Farewell.  I know you aren’t supposed to call it that anymore but the the option “Last talk in Church before going into the MTC” just doesn’t do it for me.  Kyle gave a wonderful talk.  I was surprised because he really didn’t start preparing for it until Saturday evening.  Different friends of his stopped by the house during the evening interrupting his preparation.  He will learn to prepare early while on his mission.

Some of Kyle’s friends at our little lunch in the back yard after church. Afterwords we were all tired. But we made it through.

Wednesday September 28th.  That is the day we have been waiting for.  It was four and a half months ago that Kyle got his call.  Now his date has finally arrived.

We took a few pictures around the house. We drove down to Provo and had lunch at The Brick Oven.  We thought we had an original idea.  Turns out there were three or four other missionaries doing the same thing.  One sitting near us we even going to Argentina as well though to a different mission.  Good luck Elder Hancock from Gilbert Arizona. We then drove over to the Provo Temple, took the obligatory picture in the front and a couple more. Then came the hard part.  We drove towards the MTC which is an easy walk from the Temple westward.  We took more shots of Kyle in front. Then drove over to the MTC. They have Elders right at the curb to help the new missionaries with their luggage.  We had everything in the bed of the truck. By the time we were out of our seats, the assisting “Host” Elder had Kyle’s backpack on and half the luggage unloaded. We quickly said our goodbyes for two whole years and then Kyle turned and walked towards his home for the next two months, until he slowly disappears.

These last few months have seemed to drag slowly as we have prepared to send Kyle on his mission.  He is anxious to get out in the field and though we will miss him terribly, we too have been waiting with anticipation for the day Kyle will enter the MTC.  We have received emails from the Church telling us the schedule for dropping Kyle off at the MTC and they make it clear, once he enters the gates of the MTC, he is on his mission.  We will need to be quick on the drop off.  No lingering good-byes.  All of a sudden everything seems to be moving so much more quickly now. 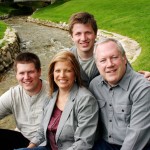 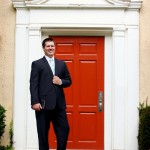 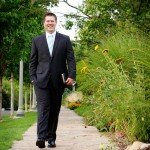 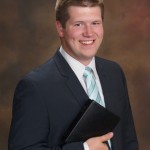 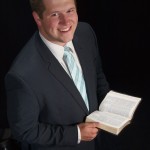 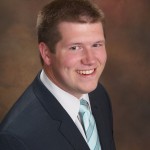 Stay tuned, I will soon be posting information on sending mail, emails and packages to Kyle while he is in the MTC.